Things to Know When Moving to a New Location 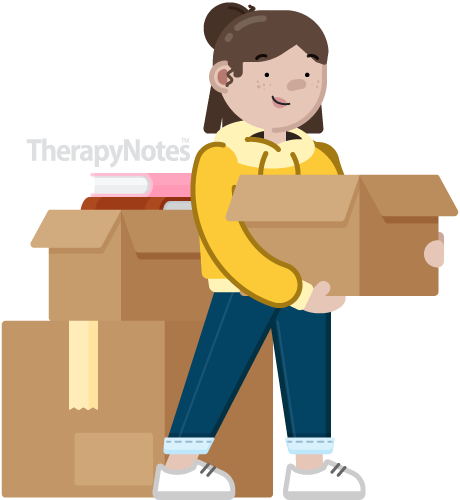 As your group practice grows, you may eventually need to expand your original location or move to another location entirely to make more space. It can be tough to decide when it’s time to move to another location, and even trickier to know what to do when you find a new space that you like. As with most things group practice related, many practice owners didn’t get much training in school regarding the business side of owning a therapy practice.  If you’re in the process of moving to a new location for your group practice, here are some things to keep in mind:

I’ve used a commercial attorney for all of my locations except my first location. At first I didn’t really think it was necessary because I could read through a lease and ask for additional things that I needed. I thought I could cover the basics, but after working with a commercial attorney for my second location, I realized how much they have to offer that I had not considered before. Hiring a commercial attorney to look over your lease can be a game changer, as they read the fine lines in a way that we can’t. A commercial realtor can help you find things that may not yet be on the market, and can support you in initial negotiations, like rent cost, buildout payments, and some of the bigger ticket items.  I like to think that the commercial attorney comes in for the minutiae items inside the lease, whereas the realtor supports you on the bigger picture things.

Always ask for a couple of months free

We often have more negotiating power than we realize, so I always suggest asking for a couple of months for free. The worst answer you will get is 'no'. As therapists, when we open a new location, it not only takes us a while to furnish the space, but we also have to hire people to fill the new office and onboard new clinicians. It’s often a while before you can get your new space maximized so it’s bringing in the money you need it to. Negotiating a few months of free rent gives you a chance to expand your practice and gives your clinicians time to build up their caseloads. It also gives you time to network in the community and figure out your marketing strategy for your new location.

Ask for right of first refusal

Right of first refusal is a clause you can add to your lease that says if there is space opening up next to you in your building, your landlord must ask you if you want it before looking for another tenant. The reason this is so helpful to group practice owners is that it gives us the option to grow if we need it. Often we start small because we’re not sure if group practice ownership is going to work for us, or we’re just trying to get the ball rolling. Then we grow faster than we intended and we need more space sooner than we anticipated. If a space opens up next to your current office, you can decide if it makes sense for you to expand, or stay in your current space. It can be a real pain to move an entire office rather than expand to include a couple more offices in the same building. This is advantageous for your landlord too — they want to fill their spaces, so it can help them out to have a ready made tenant for their space.

Lots of folks want to know what the typical length for a lease term is or if they can ask their landlord to cover the cost of a build out. Sometimes when you’re renting space you’ll have to do some construction to get it ready for therapy — we have specific needs (like soundproofing) that other industries don’t have, so not all office layouts will suit our work. Some landlords, typically in larger office buildings will cover the cost of a build out. Another way to negotiate for a build out is to offer a longer lease term. They may be more interested in paying to customize your space if they know you’ll be there a longer amount of time. It can be riskier to sign a longer lease term when you’re just starting out, since you may not know where you’ll be at the end of the term. However as you get more established in your group practice the risk is lower. Some folks choose to buy a property as they become more established instead of renting, but in some areas (like where I am in Chicago) it’s not realistic to buy a commercial property. Signing a longer lease term means you don’t have to be renegotiate as often, which, as you grow can save you a significant amount of time and headache.

One of the big headaches of lease negotiations is figuring out the numbers. There is a difference between a gross lease and a net lease. A gross lease means that your rent includes everything building maintenance wise —heat, air, water, garbage, electricity. This is the type of lease that doesn’t have as many hidden costs, unlike a net lease. A net lease may appear to have lower rent, but it doesn’t include anything additional. It can end up leaving you with extra costs like a portion of the building’s property taxes or insurance, which can increase over time.

One smart way to start out in group practice is to sublet your extra office space so if you ever have a hard time hiring you can still make money off of the space. This is helpful if you’re making a big jump in space — say going from 6 offices to 20. It takes time to fill those extra spaces, and to cut down on the risk while you’re growing or filling your new space, you can sublet the extra space. A lot of leases have a no subletting clause, but this can be negotiated. Some landlords may feel more comfortable restricting the subleasing to other mental health or medical professionals (rather than allowing you to sublet to anyone).

Ask for a lower rent increase every year

One thing that using a commercial attorney helped me realize is that I can ask for a lower rent increase than the one the landlord originally offered. Most of the time your rent will increase after a year or two by a percentage or a specific amount described in your lease. My suggestion is to ask for a lower percentage than the one they offer. This won’t affect you right away, but you will be thankful later when you’re saving on your rent.

These are just a few of the important things to consider when moving to a new group practice location. Remember to give yourself time to make these important decisions and don’t jump in too quickly out of excitement. You’ll find the perfect space so that your group can keep growing. 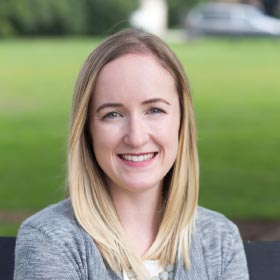 Maureen Werrbach, LCPC, is a therapist and owner of Urban Wellness, a counseling group practice in Chicago. She started Urban Wellness in 2012, which has grown into a team of 20+ clinicians with multiple locations. Maureen is also the owner of The Group Practice Exchange (TGPE), a consulting business and platform for current and aspiring group practice owners. TGPE provides guidance for starting a group practice, as well as marketing, organizational structuring, business development, and leadership advice. 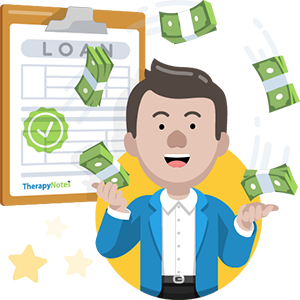 How Working Capital Can Help Grow Your Therapy Practice

As a therapist, you know the importance of having a safe and comfortable environment for...

Virtual Private Practice and You!

Someone recently told me that they would leave their group practice so long as it is...

There are many things to be done when starting a group practice, from establishing an...